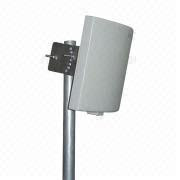 "No One Ever Got Fired for Buying IBM"
Observations on the Lack of Initiative at FCC in Spectrum Policy
While the X Generation may never has heard it, Baby Boomers are familiar with the phrase "no one ever got fired for buying IBM". In the 50s, 60s, and 70s IBM dominated the computer industry which it had pioneered with a market share about 80%. At the same time Motorola dominated the mobile radio industry which it also pioneered. (There are other analogies between the two firms with the Galvin family at Motorola playing a large role and the Watson family at IBM also having an unusually large role for a publicly owned corporation.) Similarly, the broadcasting industry (e.g. RCA/NBC) and the telecommunications sector (e.g. AT&T) were dominated by a few large oligarchical firms until relatively recently.

FCC has a staff tradition of wanting to avoid internally generated initiatives that might irritate large regulatees. FCC managers know that if they devote their staff resources into processing routine applications and responding to rulemaking requests from large regulatees they will never be questioned about their selection of priorities. However, internally generated initiative at best will irritate vested interests by competing for resources from their pet projects and at worst will enable new competitors and/or raise troublesome interference issues. Most large regulatees are perfectly happy with the status quo except for the occasional change that will directly help them.

Thus while the UK's Ofcom is a hotbed of intellectual activity in new ways to improve spectrum policy, FCC has had virtually no initiative since the Spectrum Policy Task Force. Even the relatively innocuous SPTF proposal to consider receiver standards -- a topic historically endorsed by the conservative spectrum managers at NTIA and IRAC -- was killed off last year. (Of course, FCC has taken action of the SPTF TV whites pace proposal last week, but that was after significant Congressional pressure as well as active support by megacorporations such as Microsoft, Google, and even Motorola.)

On my website, I have described the bitter battle at FCC in the 80s over the spectrum spectrum proposals in Docket 81-413 that became the foundation for Wi-Fi, Bluetooth, and most of the cordless phones sold in the US now. For me this was a Pyrrhic victory as it resulted in a multiyear internal exile from the FCC's policy deliberations as the decision irritated key regulatees who had no interest in it or even anticipated benefits at the time. (Oddly, one major manufaturer who objected strongly at the time ultimately did benefit significantly from the decision by manufacturing components and hardware.)

My initiative in advocating millimeter waves in Docket 94-124 was received by most FCC managers as mischievous and a waste of resources since no large regulatees were interested. Even a rulemaking to update the microwave antenna standards of Section 101.115 to enable both parabolic antennas and flat antennas (not considered in the original rules since they didn't exist at the time) was greeting by disdain by many FCC managers since it was a self initiative.

Spectrum technology moves at "internet speed". FCC regulations move at "government speed". So it should not be surprising that they contain anachronisms that are out of touch with current technology. These anachronisms discourage new products and services since a rulemaking to address them is both expensive for the petitioner and time consuming. (The flat antenna rulemaking started from an observation by a small firm during a visit by senior OET managers to Silicon Valley in the early 90s that the antenna could not be sold under current FCC rules. Former OET Chief Dick Smith encouraged me to solve the problem and we did.)

I hope that new FCC will reach out to the whole technical community to identify anachronisms in the spectrum rules, prioritize them, and schedule them for resolution along with the ongoing stream of routine applications and petitions from major regulatees. Only in this way can the FCC really encourage new products and services from the whole communications electronics industry - not just the oligarchs.