How the FCC Engages the Spectrum Community
(Or Not)
I got a brochure in the mail a few days ago for Practicing Law Institutes's 25th Annual Institute on Telecommunications Policy and Regulation in December in Washington. I noticed that the FCC speakers include Chairman Kevin J. Martin, Commissioner Jonathan S. Adelstein, Commissioner Robert M. McDowell, Wireline Competition Bureau Chief Thomas J. Navin, Wireless Telecommunications Bureau Chief Fred Campbell, and Homeland Security Bureau Chief Derek Poarch. I also noticed the price tag: $1395 for the 2 day meeting!

Now PLI is a nonprofit well established group and this is a long standing program that has always had lots of top level participation. So I do not begrudge PLI for landing this star studded group of FCC speakers.

I have written previously about the poor communciations between FCC management and the spectrum community and the cost of such "sounds of silence". 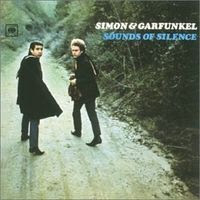 The current Commission is notorious for the short leash it keeps its employees on with respect to outside speaking. It has become nearly impossible to get FCC speakers on spectrum-related topics even if the invitation is limited to describing current procedures. Several times I have asked FCC employees to speak to innocent issues and gotten the answer that the Chairman's Office approval process is so painful and so unlikely for positive response that they don't even want to try. I was amazed that this high level process even applies to FCC employees passively attending technical conferences without any speaking role!

I note that November 26-30 in Washington is the IEEE 50th Anniversary Global Communications Conference (GLOBECOMM). Any FCC speakers at any level? No. Not even in FCC backyard where cost would be limited to subway fare.

So if top FCC leaders can engage lawyers at $1395 meetings, why can't anyone from FCC engage the spectrum technology community in its own backyard? If the commissioners and bureau chiefs don't want to engage an IEEE audience personally for some reason, why don't they at least let senior managers keep up a useful dialog with the spectrum community?
Posted by MJM at 4:56 PM